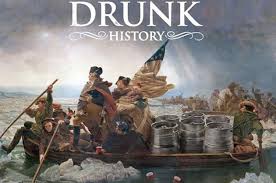 So you want to write your family story? You want it down for prosperity that Uncle Clem likes to pinch cheeks and Grandma sipped Yukon Jack every night? Alright then, do not wait till all the players have passed on to start- you need their point of view and we can worry about upsetting Aunt Prentice sense of propriety once we get to publication.

This chronicling is mountainous task and it is better to break it down too smaller bite size drama’s then you will merge them. Each story will come together to make your family history. It is a completely doable task if you take it step by step.

Here is how you start: 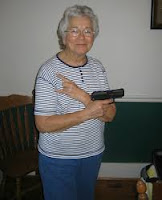 1.     Interview family that is still alive, especially the elderly. Different points of view will strengthen the prose and the historical detail will add a rich texture to the story.

2.     Pick one event that is the inciting episode. The story may ramble for years, but there is always one thing, a fight during Christmas, the death of spouse or finding a hidden treasure that brings all the characters together and unleashes the “truths”.

3.     Write out your cast of characters with short descriptions on their main traits on 3 x 5 cards. Build a “family tree” on a corkboard so you can refer back to it and make sure that each character is represented and part of the action (even if it is a baby in the crib).

4.     Outline the story. Write each scene and makes sure it all drives the spectacle forward. Write it first numbered, then move it to the 3 x 5 cards and play with moving the scenes around. Sometimes, telling the story starting with the end will serve the drama better. You will also find that some scenes can be skipped if they do not drive the story.

5.     Write your first draft in a free flow method. That means sitting in a room with the character cards and the story cards and just letting your fingers (or pen) move along with no regard to punctuation, grammar or spelling. What you will get is the honest “art” part of the writing and when you clean it up during the rewrite you will be surprised what came out of your uninterrupted mind.

7.     Get guidance. After about your fourth run through, show the story to someone you trust and be kind and will know how to put a sentence together. Try not to use family as they may be tainted of the knowledge of this story. This is when writing groups are essential. People interested in writing helping and guiding each other in a nurturing way is the best thing that ever happens to a writer (especially in the beginning). My writing group members have become my best friends and greatest treasures. Join a group, make your own, ask at the library for writing groups, if all else fails place an ad on Craigslist, just do not let anyone who is mean into the group.

8.     Finish. Make sure you finish it. Sign it, give it a date and title. Then move on to the next story. This still isn’t the time to worry about what the family will think when they see it, as you have more stories to capture and you have now become a writer.

Here is a small slice of Uncle Jerry- enjoy!

He put the potato pancakes in the microwave and set them to radiate for five minutes.  He got a Pepsi from the fridge and sat down in his favorite chair.  He was tired from feeding the 5000+ animals he had on the farm and he just wanted to put up his feet and rest.  He always felt comforted in this chair, especially when he thought about his mother dying in the same chair.  He pushed his glasses back on his head and closed his eyes. Then his heart exploded.
Down below in the main part of the barn, thousands of birds, reptiles, rodents, dogs, cats, turkeys, pigs and various critters cried for him, but he was gone.
Within 48 hours, the police would find his body.  His vet had called them concerned that he had missed an appointment for a paranoid parrot he was breeding.  They started the search for the next of kin.
The call came at 2:00pm on a Thursday; I had just started a new job.  My sister Dawn called and was crying hysterically.  She had been in a permanent state of hysteria since the day she found out she was pregnant for the second time.  I couldn’t understand her at first, but then the words began to slowly sink in. My Uncle Jerry had died.  I didn’t know what to feel.  He was my favorite Uncle, yet he was the most elusive man in our family.  He always kept a great distance from everyone though we constantly reached out to him and now he was dead.  My first thoughts scared me.  He was only 60; I was 35, only 25 years difference.  Did I only have 25 years left?  God I hope not.  I was just beginning to understand life and was looking forward to life after the kids moved out.  Everyone in my family seemed to kick the bucket young, but I planned to hold on long enough to be a problem to my children.  It was the only revenge that made sense.  Then I grew sad.  My very first waking memory was of Uncle Jerry.  I reminisced as my sister blabbered on.

My mom had gone off to give birth to my little sister when I was three years old. My grandparents went with her as my Dad had already gone AWAF (absent with out a family).  Jerry had been elected to watch me for the day.  He bought me an ugly clown doll that had a half inch steel wire running thru it so you could bend it and a Styrofoam ball for a head.  I hated it. I was pissed.  This guy was weird, never around and now he was in charge of me.  Being the oldest, I was supposed to be the center of everyone’s universe, so just what was so important that my mom and grandma had to be gone all day?  I didn’t want a baby sister to play with, I had a dog. I took off the head of the clown and used the wire to rip a hole in the back seat of Jerry’s new car.  Sensing my unhappiness and not wanting to sacrifice more of his vinyl, he took me to his farm.  I got over the baby blues the minute we pulled up. Wonderment and awe set in.  It was like a zoo, only better than a zoo.  There were thousands of beautiful birds, big and small, parrots, finches, cockatiels, chickens, geese, turkeys, peacocks and exotic plumage everywhere.  There were fifteen dogs, wild cats, and three little pigs all running amok in his yard. Reptiles bigger than a car, including boa constrictors, chameleons, monitors and a huge 60-year-old tortoise lived in a small out room. They were accompanied by their food source, hundreds of mice, rats, and hamsters.
There was even a monkey, a real spider monkey, just sitting on the eves of the house that came down and sat on my shoulder.  I was terrified yet so curious.
I spent the day being shown how to feed and care for the animals.  I even got to clean cages.  I learned that when the big tom turkey jumped on the back of the momma turkey, he wasn’t hurting her and that was how my sister got here!
The worst day of my life turned into my favorite. Although I was only two, I remember every detail and became an animal aficionado.
But now I have to deal with Uncle Jerry's living legacy.

Final draft must be at least 500 words.