Writing Exercise: How To Start Your Script and Great News for Screenwriters 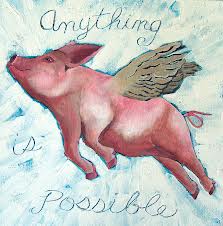 Many new writers sabotage themselves by believing that they will never succeed because they don’t meet “the profile” of what is a successful screenwriter. They also believe they do not have access to the dealmakers in Hollywood.

Great News for  original writers- Warner Brothers has partnered with WGA (Writers Guild of America) and a program called The Black List (http://blcklst.com/) to find scripts from underutilized demos (ethnics, women, elderly and very young).  For only $25 you can have your script seen by hundreds of industry specialists combing for the next new voice.

Read more of the details below:

Let’s start with the basics. You want to write a movie. The easy way to start is to create the much needed tools to explain your script to people (your elevator pitch) to get every ones attention.  These instruments include:

Let me explain them one at a time.

1.     Three hit movies your script most resembles seems counter intuitive to your original story, but this is the way Hollywood mind’s works. You must compare it to hits so they automatically see it as a success with the originality coming from the combining. It doesn’t have to be perfect, just as close as you can get. 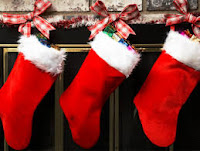 For example, my Christmas movie has a large family, so it is compared to Cheaper By The Dozen. It is a movie about how families deal with Christmas differently so it is compared to Four Christmases. And finally it is a slapstick comedy of errors, so the last comparison in Home Alone. This is how I pitched it and sold it before it was finished.

2.     The Log Line is taken from the days when we coveted the TV Guide to find our weekly programs and movies.  Each program or movie was described in 20 words or less. Though the pulp bound version of this is gone, the tradition remains that you must be able to summarize your script into 12-50 words.

Logline #1 - The extraordinary story of a thoroughbred racehorse - from his humble beginnings as an under-fed workhorse to his unlikely rise and triumphant victory over the Triple Crown winner, War Admiral.

Logline #2 - A 17th Century tale of adventure on the Caribbean Sea where the roguish yet charming Captain joins forces with a young blacksmith in a gallant attempt to rescue the Governor of England's daughter and reclaim his ship.

Logline #3 - Her family has exactly three traditional values - "Marry a Greek boy, have Greek babies, and feed everyone." When she falls in love with a sweet, but WASPy guy, she struggles to get her family to accept her fiancée, while she comes to terms with her own heritage.

3.     Next is the pitch that is a 50-120 word missive of what the movie is about with a bit more detail. This is the “story” of your movie. Don’t mention stars, just describe the characters and let their mind wander to the stars. Avoid depicting too many subplots or details. Concentrate on two or three characters and pivotal events, or the pitch will quickly become convoluted.

In the case of JUNO the writer (Diablo Cody) was discovered because she was a popular blog writer.  She had already written JUNO and the manager that had been following her blog read JUNO and loved it and signed her.

The pitch in this case is “a comedy about a pregnant teen.”  Think about how hard it was to sell that idea.  What sold it was the quality of the writing.  But it still took years to get the movie made, and it was only when Jason Reitman (director of THANK YOU FOR SMOKING) came on as the director did the movie finally moved forward.

The pitch:
A tale told over four seasons, starting in autumn when Juno, a 16-year-old high-school junior, discovers she's pregnant after one event in a chair with her best friend, Bleeker. In the waiting room of an abortion clinic, the quirky and whip-sharp Juno decides to give birth and to place the child with an adoptive couple. She finds one in the Penny Saver personals, contacts them, tells her dad and stepmother, and carries on with school. The chosen parents, upscale yuppies (one of whom is cool and laid back, the other meticulous and uptight), meet Juno, sign papers, and the year unfolds.
Juno

The lives of two mob hit men, a boxer, a gangster's wife, and a pair of diner bandits intertwine in four tales of violence and redemption.
Pulp Fiction

It is time to start/finish/polish your script now.  There are NO GOOD REASONS not to begin today. If you can’t sell it, you can make it yourself. No more excuses! If your script is done, upload it to www.blcklst.com for $25, today!

If it is not done get those fingers tapping, they are looking for you! 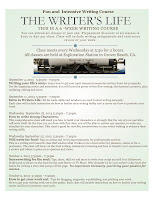 Join my Screenwriting Class on October 2, 2013 to get all the information you need to finish and sell your script.

1. Pick three hit movies that your script (or potential script) emulates (from any time period). Do not choose bombs they must have been hit movies.