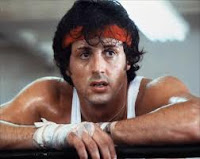 Character
Next step in creating your masterpiece is to establish your dynamic characters.  To make sure the main creature appearing in your writing/script is interesting to your audience, you must emphasizing distinctive traits.

I suggest you do the following exercises. It is time consuming, but so worth the effort because of two main reasons:


That is not to say everything in this list will be in your manuscript, it will just be a driving force that you, the author, understands and knows to the depth your soul.

Here is an example of an outline once a character analysis is done.

Brett (father/step father/foster father)
Married to Kathy and the world’s greatest entrepreneur.  He has been married before and has a son named Yoda that he has custody of because his ex-wife is a movie star.  He is the youngest child of distant parents. He is over 40, but handsome and full of mischief. He has 3 businesses at this point and has had up to 10.  He is young looking and full of life.  He prides himself that he finds his clothes on the side of the road, in dumpsters, thrift stores or acquires them from the teen boys that leave them at his house.  The depth of his thriftiness is sometimes his downfall. His businesses right now are a wholesale bakery, a doggie poop business and a restaurant.  He claims to hate them all and is always looking to sell them and buy something new.  He also claims to want to sell it all and live on a sailboat doing nothing, but no one believes it.  He loves kids and would like even more foster kids. He loves dogs.  He likes to ride motorcycles and jet skis. His greatest desire is to be rich and have a “handle it”.  (A white slave who does everything for him.) His greatest fear is not to consider himself successful and other people to see him as boring.  He displays outrageous and socially unacceptable behavior often.

Can you see this guy?

This exercise typically takes around 4-5 hours per personality and it is wrought with pure inspiration. You must prepare. Make sure you are able to be uninterrupted during the time completing this, because you are literally birthing a human being.  It must be a complete one or you will lose your readers attention. This exercise is unadulterated inventiveness. You must create your characters using the first thought that pops into your head and not based on anything you “want” to happen in the story. Your plot will be stronger if the personalities are birthed of their own free will.

In turns of space, I am going to break this down into many lessons, so pick a character and lets do six to seven lessons building them. Get a blank page and write the characters name at the top. Your answers can be short or rambling, this is a workspace, so just write.

Remember, this is a marathon, not a sprint.

1.    Gender
You may think there is only two, but you are mistaken. In Thailand they generally believe there are three genders, male, female and homosexuals. They also believe that the one with both sexes are more special and are revered as the Gods chose to give them both attributes. There are woman who act more like men, there are men who behave more like lady-boys. There are asexual humans that show neither gender.

1.    Parents
Tell about their parents. Where do they come from, what kind of family situation were they raised? How do they feel about being parents? Are they loving, strict, enabling, educated, dumb, self-centered, racist, kind, saviors, mean, honest? Do they like their child? What are their dreams for this child?
2.    Family structure
Are they first, last or middle child? The family placement is one of the strongest personality builders.
·      First children tend to be over achievers and pleasers. They are driven by perfection, reliable, well organized, natural leaders, serious, critical, do not like surprises and usually bossy.
·      Middle children tend to mediators, compromising, diplomatic, avoid conflict, independent, loyal to peers, maverick, secretive and have many friends.
·      Youngest children tend to be manipulative, charming, blames others, attention seeker, tenacious, people person, natural salesperson, precocious, engaging, affection and loves surprises.

While this is not an exact science and years between siblings and more than three will give you nuances, it is a generally good trait catalog.

3.    Brothers and sisters
Talk about their siblings or are they an only child? How many years passed between each child? Was a sibling lost to death young? Was there an adoption or foster child added to the mix. Are there big physical differences?

(The entire Character lesson plan will be available after for one complete download and I do teach this 4-hour class live in person). 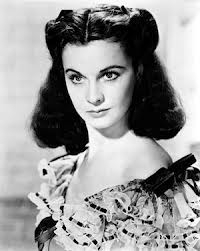