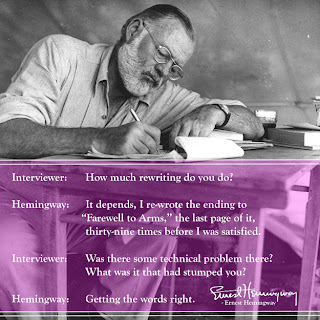 This is from one of my favortie websites for writing inspiration. www.openculture.com, subscribe to them for other wonderful tips.

I wanted to add my two-cents to these suggestions, but my fingers didn't dare add to Papa Hemingway's sage advice. Enjoy! 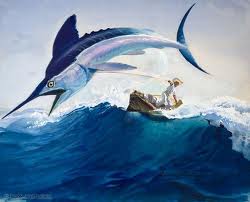 Your writing exercise: To honor The Old Man and The Sea, I want you to write a short story with you, your main character you have been working on in a boat lost at sea.

Have a great time and send your story to me and I will comment if you desire!