Writing Exercise: First Person vs. Third Person (and a story about a man hose).

First a grammar tutorial, then a funny story.

Skip to the end story if you think you are a
Grammar Nazi.

Most new writers are memoirists. One of the main reason that someone is compelled to sit down and bleed their memories on to a key board is they feel they have a story that must be saved for prosperity. Memoirists almost always write in first person, which seems easy to write, but it is challenging to plot. If you are writing your story, from your point of view, some of the essential back story and inciting incidences may be left out because—you already know this information. Problem is that the audience does not; even if that audience is family that you are leaving their story too. Every action has a reaction and a start, middle and finish. So if you come in at the end of the story- you are not telling the complete experience. 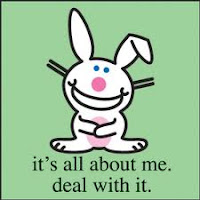 To avoid this (or even check to see if you are doing this) you can change your story from first person to third person. In grammatical terms, first person, second person, and third person refer to personal pronouns. Each “person” has a different perspective, a “point of view,” and the three points of view have singular and plural forms as well as three case forms.

The following Grammar brush up is for those who were stoned, drunk or just bored in Mrs. Koch’s freshman English class and is brought to you by a renowned English professor: 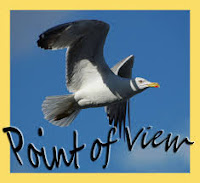 First person is the land of I, my, mine and We’s or Us if it is plural.

Second person (a difficult form to acquiesce) is the You, You’s, Yours.

Third person is the most common point of view used in fiction writing.  These Authors use he, she, or it when referring to a person, place, thing, or idea.

Academics and journalists usually avoid first person in their writing because doing so is believed to make the writing sound more objective. I tend to be a snot about first person narratives and want an EXCEEDINGLY fleshed out character and plot if the author is going to write in that way.

In the first person, the mistake can be too many "I did X" sentence configurations.  It's easy to forget to include description and emotion; easy to spend far too much time thinking, and not enough time in the here-and-now of the story.

In contrast, in third person, the narrator is in the minds of all characters.  This allows the narrator to use a simple description or hint of expression, or even a side scene to give the reader the information that the main character can't know, but which the reader must know in order to follow the storyline.

Third person is often perceived as harder by new writers, since they now have to deal with all characters, not just the main character.

Is one better than the other? Before you start, ask yourself the following: 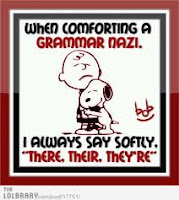 • Do you want more intimacy with all characters?  Do you have a more sweeping canvas than a single, narrow view?  Then perhaps you should pick third person.

•Do you want the single-eye view of the world?  Do you want the reader to wallow or be immersed in a single man's fallacies, triumphs, and fears?  Consider first person.

Here are my two Story Examples:

I love to watch my grandkids. They fill me with delight and a joy not found anywhere else. They always say or do things that leave me laughing for days.  They arrived at noon, Izabell is 3 months and Izic is 3 years old, and Izic asked where my fruit bowl was because he didn’t have diarrhea anymore. Later, I was sitting on the couch being a human jungle gym and snot rag for Babyzilla, when grandson came running into the room and exclaimed, “Nana, you are not going to believe what my penis did!” Dreading the answer, I asked him to explain.
“Well sometimes it gets hard and that means I have to go pee, so I went into Dude’s bathroom and it just went all over the walls.”

I put the baby down, grabbed the Lysol and headed to clean up the watery mess. He toddled behind me and the baby crawled to see what was happening in the bathroom. While I cleaned, he said, “My penis was behaving weird and is still all hard”. I laughed and told him that was normal and sometimes things were hard and then they get normal.

I left to throw the sopping rags away, change his pants and returned to see the baby playing in the toilet. As I cleaned mess number two, I counted how much longer until my daughter picked them up.

As a grandma, she was liberal and lithe. The strictness with which she raised her kids, with manners and behavior a priority was replaced with a lightness of heart with the grandbabies. To her it was like a second chance to give a child the gift of freedom of expression. She held on to every cute phrase and emotion like a joy filled balloon. Bodily functions were discussed at length. Pillows were thrown off couches and used as trampolines. Stories were always told with dinner. In her relaxing of the rules and pure joy at beholding them growing and learning, she watched the kids for 3 hours every day.

Her grandson was potty training and it was a long and arduous process. Many extra play clothes and discussions about “Man Hoses” were needed to get through a day. It was frustrating because the boy possessed a fourth grade level vocabulary, ninth grade level logic and a witty sense of humor. She had taught him the art of “rephrasing” so as not break rules or get into trouble. Plus, she was determined not to tell him he had or was an accident. 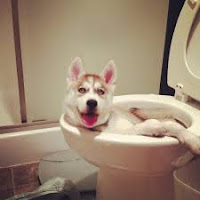 When Izic burst into the room exclaiming, “Nana, you are not going to believe what my penis did!” she was proud and curious of what waited for her in her husband’s bathroom (who was not so comfortable with the potty training idiom that was transpiring).  She was also proud how he had turned an “accident” into a discussion about how his body worked. Leaving the baby to self-sooth and play with wooden blocks, she cleaned up the boy and his mess. But the the baby made her way to the commotion and her obsession with water play lead her to splash in the toilet. She was elated with the new stories to tell her friends after the kids left.

Write a short story (200-500 words) of something that happened to you yesterday in the first person. Then go back and rewrite it in the third person.